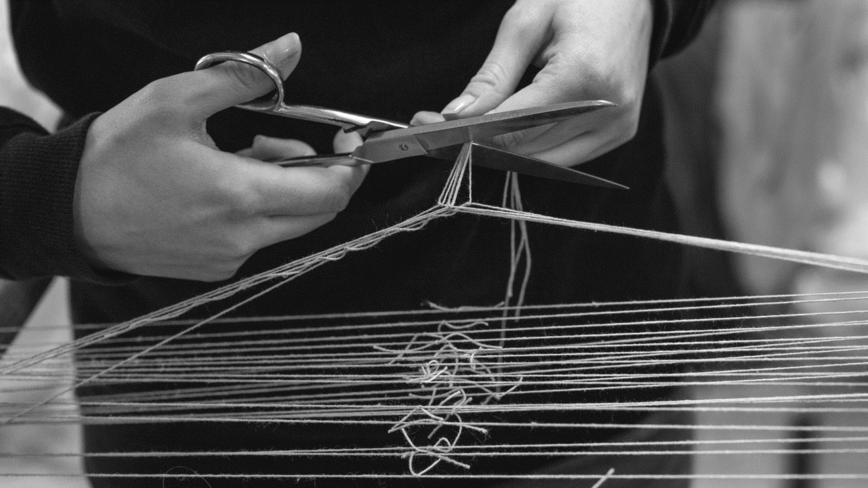 Shortly after the Russian Federation launched its invasion of Ukraine, the government of Ukraine made several public calls for support, including pleas for the global internet governance bodies – ICANN and the RIPE NCC – to restrict Russia’s access to and use of the Domain Names System (DNS) and de-register the Internet Protocol (IP) address resources of Russian network operators. This move sent shockwaves through the world of internet governance and raised questions about who has the authority to withdraw access and connectivity.

After both ICANN and the RIPE NCC rejected Ukraine’s requests, a proposal was circulated calling for the establishment of a new multi-stakeholder body capable of imposing internet sanctions by blocklisting IP routes, traffic and domain names. The proposal for internet sanctions – with the balanced division of tasks between government and non-government actors at its core – may put the internet governance system under stress. Below, internet governance experts reflect on the question.

Internet sanctions are a bad idea because they jeopardise network resilience.The internet is a network of autonomous networks – that means that network operators can effectively make their own decisions about who they exchange traffic with and the terms under which they do so.

Alongside this autonomy, however, network operators work together in communities (such as NOGs) to loosely coordinate their practices and decisions, with the collective goal of building more robust and resilient networks, fostering responsible management of internet resources (domain names and numeric addresses) and promoting good routing hygiene.

Historically, this approach has worked extremely well, facilitating network growth and strengthening interconnections between networks. The collective approach has also helped to mitigate the impact of exploits and misbehaviour, such as the propagation of false routing information, spam, denial of service attacks and compromised systems. Tools such as filtering of prefixes or Autonomous System paths have been useful means of responding to specific technical challenges and incidents.

The proposal to maintain a blocklist of networks in Russia raises important questions about the efficacy (and wisdom) of collective action to disconnect networks of political significance. Community discussions around the proposal have highlighted the numerous risks attached to such an approach, not only to network operators and their users, but to some of the structures and elements fundamental to multi-stakeholder governance of the global internet.

Having non-state actors working to exclude networks for political purposes adds new conflict elements to the already-complex equation. By jeopardising the multilateral sanctions regime, such ‘multi-stakeholder’ initiatives also run the risk of encouraging states to place greater restrictions on the autonomy of network operators in their jurisdictions, which could have larger consequences for connectivity and network resilience. Efforts by network operators should focus on that community’s strengths: enabling, maintaining and increasing connectivity.

Restricting access to the internet would infringe upon human rights. The internet is an enabling environment for human rights; economic, social and cultural rights; and civil and political rights. Many can quote the UN resolution from 2012 that ‘affirms that the same rights that people have offline must also be protected online’. The same resolution also includes a less-remembered call ‘upon all States to promote and facilitate access to the Internet and international cooperation aimed at the development of media and information and communications facilities in all countries.’

While access to the internet is not itself considered a human right, the human rights to privacy, free expression, access to information and free association and assembly are entitlements to all in the digital age. The internet does not simply ‘enhance’ human rights; the ability to express oneself online and to associate and assemble both offline and online are achieved with connectivity.

Today, the internet is more than just an enabler of human rights, it is fundamental to their realisation. At a time when private and public services are increasingly being digitised, to lack access to the internet is to lack inclusion in society. One is doubly excluded by digital services and by the increasing disappearance of their analogue counterparts.

Restricting access to the internet can have profound knock-on effects. Especially in a crisis, which is typically when sanctions or export controls are levelled, the economic, social and cultural rights of individuals in a region are also under siege, just at the time when contacting a loved one, making a financial transaction or checking the news can become a matter of life and death.

Network shutdowns don’t just deny individuals the benefits of human rights, they are doubly damaging to a digital society. In a multi-year, global campaign to #keepiton, hundreds of human rights organisations have recognised that, ‘not only are shutdowns an attack on fundamental rights, they also have a severe negative impact on the economy, health care, education, and more.’

As the Human Rights Protocol Considerations research group of the IETF puts it simply, the internet ‘increases the capacity for individuals to exercise their [human] rights.’ Given the prevalence of the internet to deliver critical social services, from broadcast media to voting, any restriction of internet connectivity will fail to meet the necessary proportionality requirements for human rights infringements.

Internet sanctions are not good. Disconnecting people is the Russian, not Western, way. There exists a legitimate and humanly understandable urge to assist Ukraine. Still, every act of help has political, and potentially also military, implications – in addition to the economic and societal pressure that each inevitably puts on populations and industries. Many Western governments have offered military, financial, humanitarian and cyber support to Ukraine.

Refusing to fight the Russian kinetic fight, the West is seeking to moderate a war with politico-economic means, giving ‘hybrid’ warfare yet another meaning. The European Union and individual governments around the world have issued economic sanctions. Hundreds of foreign companies have left or are trying to leave Russia.

The Ukrainian government’s call to hack Russia and pleas for Russia to be shut out of the (global) internet have serious strategic implications. Restricting a country’s access to the internet is a move potentially very advantageous to Russia.

Whereas arms and ammunition, especially anti-tank and anti-air weaponry, have helped Ukrainians to stall the Russian offensive thrusts – and, most importantly, keep Kiev a Ukrainian city – it is hard to see strategically what internet sanctions or shut outs against Russian operators would achieve. It is hard to imagine that, as a result of restricted online access, the illegal Russian military offensive would stop; that Russians would desist from shelling blockhouses, townhouses, maternity wards and whatnot; that Russia would withdraw from Crimea or Donbass; or that the Russian people would oust the Putin gang from the Kremlin.

On the other hand, the West has for years been preaching that access to information is a human right and the internet a pathway to a democratic and sustainable future. For years, the Kremlin has been building a kill-switch to disconnect the Russians from the global information environment and preaching of the dangers of digitalisation. Therefore, it would be more appropriate for the rest of the world to increase the connectivity of the Russian population to the rest of the world, by all means possible. Keep all the possible channels and platforms available: they feed Russian awareness of what’s going on.

We should not alienate Russians through indiscriminate measures, as that will only fuel the fascist fervour of the Kremlin and help rally Russians to support the Kremlin. Let’s not give Putin what he wants, but what he fears.

Internet sanctions would be legally problematic. Access to the internet is no longer a mere privilege.Actions taken vis-à-vis internet names and numbers may affect provision and operation of international telecommunication services offered to the public. Providing relevant access and facilitating international telecommunications is an obligation that governments have assumed under the ITU Convention.

Imposing sanctions against Russia’s internet infrastructure would hardly constitute an extra-legal matter under international law. From the legal perspective, the term ‘sanctions’ is broadly used in reference to restrictive measures that are taken on the basis of national law and policy. Under international law, such measures are regarded as ‘retorsion’ – unfriendly, but not unlawful, acts. In other words, when imposing sanctions on another state, the source of such sanctions is restricting the target state’s privileges. Importantly, where a state would consider an act or an omission by another state a violation of international law, the injured state is entitled, under international law, to hold the violating state responsible or even take countermeasures vis-à-vis the problematic behaviour to stop the violation – i.e. engage in a violation of international law vis-à-vis that state. The right to take countermeasures is reserved to state actors and subject to several conditions.

Decisions about sanctions as well as their legitimacy and illegitimacy are within states’ purview; transferring them to a non-governmental or even multi-stakeholder setting would require thorough analysis of the mandates involved. Restrictive measures can also be applied under contracts: either through the standard contractual mechanisms of terminating or suspending the contract upon notice, or by invoking emergency provisions – such as national security, crisis or change of circumstances – to pull out from contractual commitments. This would presume a pre-existing contractual relationship between the target and the source of the respective sanctions.

All in all, whether or not internet sanctions are a good idea politically, they would have to undergo considerable legal scrutiny. One needs to determine to what extent sanctions could be imposed or ordered by non-state actors without invoking the obligation of due diligence of the state in which the relevant non-state actors operate. Furthermore, where there is alignment between respective state and non-state actors, it is of crucial importance whether the object of the restrictive measures taken qualify as privileges or rights, as this determines the legal consequences of imposing the restraint. In the case of privileges, states are generally within their rights to assign and remove those as they please. In the case of rights, a violation of international law by the target state is required as a prerequisite and the measures imposed must remain reversible, proportionate and non-vindictive. Rights may also become part of the equation indirectly – in situations, for instance, where a certain restrictive measure would adversely affect human rights. 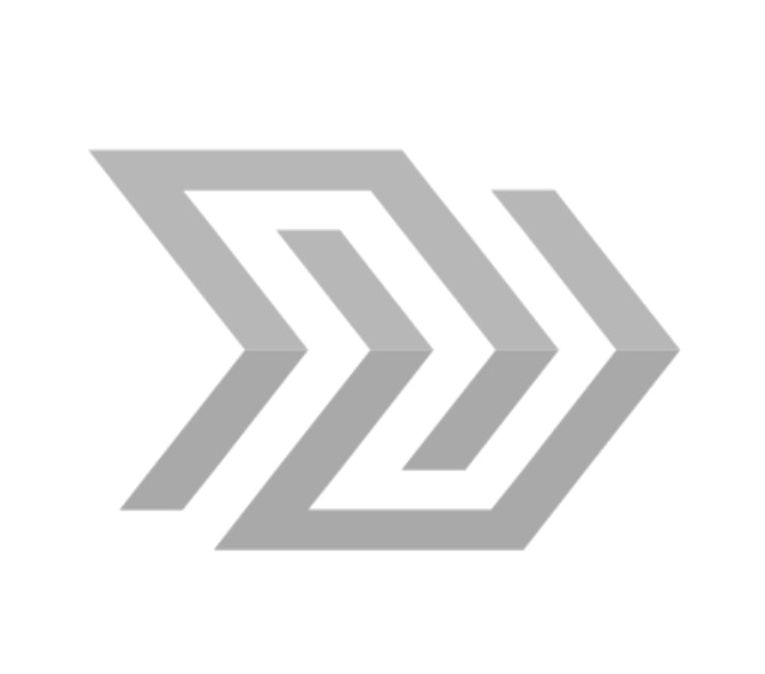