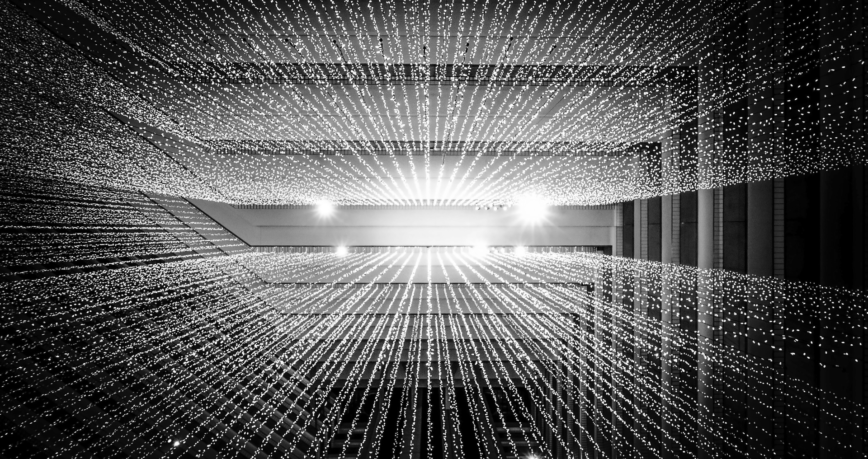 Geopolitical shifts happening now – many related to competition among the great powers and the COVID-19 crisis – may lead to the emergence of a new technological order. This is a chance for the European Union to strengthen its position on the international chessboard. The recently-unveiled pillars of the new data strategy have potential to a play central role in this process.

The European Commission has announced a package of strategic documents focused on digital policies that include multidimensional tools with the potential to significantly strengthen the EU’s global position in technology and industry and shape the global digital landscape. The various pillars of the EU’s new approach share a focus on data and data-enabled systems. In a nutshell, the European Commission plans to achieve a single market for data by creating European common data spaces in strategic sectors. This will require building an overall ecosystem of data (including governance rules), enhancing infrastructural and computing capabilities and introducing interoperability and portability mechanisms. With these steps, the EU intends to unlock data, facilitate data flows and significantly boost the usage of data.

Well-crafted solutions could truly change the game, and there are two areas where the EU’s impact could be particularly significant. Inside the EU, the data policy may result in the creation of a completely new culture of cooperation between different stakeholders: public institutions, start-ups, small and medium-sized enterprises and large corporations and industry leaders. And externally, it would provide a new source of global influence through data governance standards and norms setting.

Europe is well positioned to get the most out of the data-driven strategy and become a leading driver of the global data economy. The EU’s strong public sector and world-leading industry (number one by economic output created) put it in a unique position to unleash the potential of ever-growing volumes of non-personal industrial data and public data. Other tools included in the EU’s Industrial Strategy will help. This strategy prioritises the digitalisation of industry, which, together with the data strategy, may result in the creation of a so-called “data perpetuum mobile effect”: the more data is created by technologically-advanced industries, the more innovation and digitalisation of the sector will be enabled by data. This approach can be further reinforced by adequate public policies that promote use of data in the public sector and create demand for services that strengthen and structure the generation and usage of data. Finally, the focus on strengthening the role of small and medium enterprises (SMEs), which account for 99% of EU companies, could be a major source of innovation. These companies’ potential to propose innovative data-based solutions may invigorate all sectors. If equipped with additional facilitators – in particular, funds for R&D and easy access to data and infrastructure – they may contribute significantly to the development of the data economy.

It’s almost trivial to say that eliminating barriers and facilitating more effective data usage across the European Union would spur innovation, improve productivity and boost efficiency, not to mention lead to the emergence of new business models, products and breakthroughs in AI applications. All of these can help European entities to climb up the global supply chain. This is the case not only for the most innovative and competitive hubs, but also for sectors and regions that are traditionally less advanced. The timing for change is perfect: shifts are starting to occur in the global supply chain that will determine the future of those involved for years to come. COVID-19 seems to be accelerating this process and concrete changes are already visible: for example, Japan’s recent commitment to significant reshoring.

To take advantage of this momentum, the EU must overcome two obstacles: insufficient cooperation and structural market fragmentation. Failure to overcome those issues will stymie all efforts to strengthen Europe’s data economy. Data-driven processes provide a chance for digital cohesion across the EU and the achievement of a new type of value creation that strengthens the economic position of the EU. Opportunities related to high-quality data pooling and sharing are tremendous; this should incentivise entities, including business and public actors, to be more open to collaboration.

The data market is currently monopolised to a great extent by a few players, most of whom are non-EU. In the face of this dominance, EU companies can compete effectively only by acting together. Pooling and sharing data and creating joint tech infrastructures, like the cloud federation, is their only chance to catch up and challenge the powers that be. In the long-run, no-one will be served by data protectionism, self-interested private and public sector reluctance to share data (across and within sectors), legal fragmentation and uncertainty.

There are also non-economic arguments for taking a joint approach. Intrinsically, data-driven initiatives naturally reward cooperation. Data, unlike other resources, is not exhaustible and can be re-used. The more data is shared, the more is created. The more data created, the greater the opportunities that will appear.

To fully harness the value of open, high-quality data, a whole new paradigm of cooperation is needed; it can only appear once the barriers put up by lack of trust, competition and different perceptions of national priorities are overcome. While, in the context of data, cooperation may seem more natural than ever, government intervention may still be required to achieve it. A European Strategy for Data envisions the creation of a set of incentives to boost collaboration and facilitate data-enabled services. Developing and investing in those mechanisms must be considered a key priority for harmonised intervention at the EU and member state levels.

Data As Fuel for the EU’s Global Influence

The new culture of cooperation (based on sharing, collaboration and a data governance framework) and economic strength that a robust EU data ecosystem would develop offers additional benefits: projection of the EU’s digital power globally and influence on the international system. The case of the General Data Protection Regulation and its implementation proved that the EU’s regulatory actions and standards-setting not only shape the systemic environment in Europe but also create extraterritorial effects. The European market of 500 million consumers is a strength in itself. If one wants to do business in the EU, one must comply with European rules. As a result, EU standards are transplanted to other parts of the world and adopted, as occurred with privacy protection provisions.

The proposed data and AI-oriented strategies could have a similar effect. Currently, the EU is seen as at most a secondary power in the data business, with the US- and China-based tech giants at the forefront. Many argue that it will be hard to take part in this race. But, as Frank Underwood said on the TV show House of Cards, “If you don’t like how the table is set, turn over the table”. The EU may not be seen as a leader in data- and AI-related businesses, but it has what it takes to set the tone for data governance processes globally and thus influence the behaviour of others. In the long run, this leadership will have many benefits, including expanding business opportunities.

The EU’s data strategy and connected AI guidelines also have ideological power; they are deeply rooted in fundamental and democratic values: openness, transparency, fairness, accountability and a human-centric approach. While promoting data and AI standards and norms, the EU has a chance not only to support its economy but also to export its values and vision. This is especially important now, as the strategic rivalry between democratic and authoritarian visions of the digital future is accelerating. The EU’s data strategy can fuel the European response and help shape the global environment.

Digital economy diplomacy is a powerful mechanism to promote Europe’s vision and values as they relate to data and AI. Existing tools like the EU Action Plan on Human Rights and Democracy 2020-2024 must be utilised. But the data vision also needs to be incorporated into instruments that are currently being designed. The Global Digital Cooperation Strategy is one of them.

Many argue nowadays that the digital soft power of the EU is characterised by stagnation. The possibilities opened up by the data revolution could activate a digital renaissance for the EU and translate value-loaded language into concrete actions. This is an opportunity for the EU to demonstrate that its commitments to human rights and values are not just slogans, but can be effective mechanisms for change. It would be a mistake to pass up that opportunity.

Joanna Świątkowska is Assistant Professor at the University of Science and Technology in Cracow. She was formerly Programme Director of the European Cybersecurity Forum (CYBERSEC) and Senior Research Fellow at the Kosciuszko Institute.

Joanna Świątkowska is Assistant Professor at the University of Science and Technology in Cracow. She was formerly Programme Director of the European Cybersecurity Forum (CYBERSEC) and Senior Research Fellow at the Kosciuszko Institute.