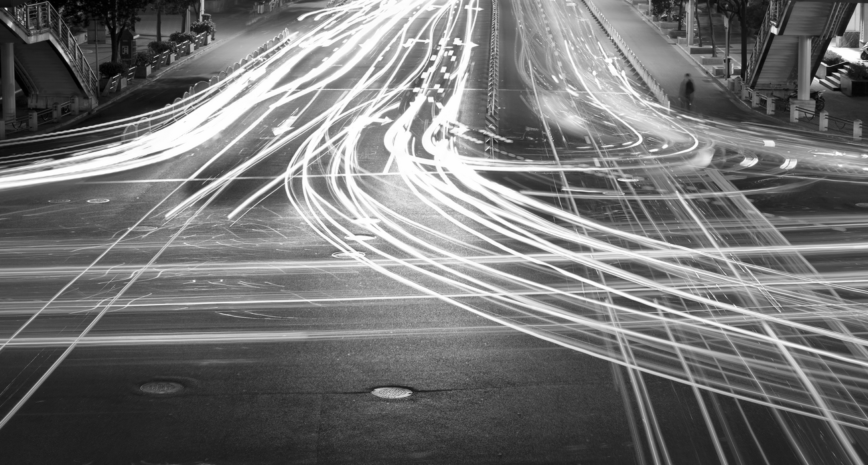 The EU is expanding its global partnerships in the technological and digital realm. However, its approach to the Global South countries has differed markedly from its approach to developing partnerships with the US and Asian countries. Discussion of the best ways to partner with Global South countries has been limited and many areas remain unexplored. Current mechanisms risk being not only inappropriate but also counterproductive to the EU’s goal of leveraging its capacity to act in the global tech race. To change this, the EU needs to establish a sound, comprehensive approach to partnering with the Global South.

The European Union is increasingly engaging in partnerships with third countries touching on technology policy. Examples include the Trade & Technology Council with the United States, the recently announced Global Gateway, and Digital Partnership Agreements with Japan, the Republic of Korea and Singapore. For example, the first pillar of the Global Gateway addresses international cooperation in high performance computing and joint efforts to deploy undersea cables, cloud and data infrastructure and other digital networks and infrastructures. However, when it comes down to cooperating with Global South countries, a DGAP survey suggests that European stakeholders do not identify partnerships with these countries as a driver that will secure the EU a leading role in the global tech race.

However, global technology governance is not just about great rivalries in the Global North. It is also about partnering with other countries. This is especially true for the European Union, with its goal of projecting its democratic approach to global technology governance in a way that promotes a values-based international order, global security and economic competitiveness.

EU Engagement with the Global South

Existing EU partnerships with countries in the Global South – Latin America and the Caribbean as well as the African region – vary in both timing and scope.

In Latin America and the Caribbean (LAC), EU partnerships are centred on two main projects: the EU-LAC Digital Alliance, which seeks regulatory convergence and international cooperation in data protection, and the BELLA programme. The latter aims to establish a 35,000 km long high-speed fibre optic network – consisting of a submarine cable and a terrestrial backbone – to boost investment and research collaboration. It will also include an agreement with the EU Copernicus Emergency Management Services Centre in Panama to tackle climate emergencies.

The EU’s technology partnerships with African countries are both broader in scope and more numerous than those in the LAC region. For example, PRIDA (Policy and Regulation Initiative for Digital Africa) is a joint initiative of the African Union (AU), the EU and the International Telecommunications Union which aims to improve African countries’ access to broadband, participation in internet governance and supply of technological capabilities. The EU and the AU have also partnered through the Digital Economy Task Force, which marked a significant milestone in the definition of policy priorities and of specific instruments, and was also a significant acknowledgement of political engagement.

In addition to making policy recommendations, this task force led to the creation of the Digital for Development (D4D) Hub in December 2020. The Hub was initially backed by five founding member states (Belgium, Estonia, France, Germany and Luxembourg) and later supported by six more countries (Finland, Lithuania, the Netherlands, Portugal, Spain, Sweden). The Hub gathers stakeholders from these countries to work on scaling up investments in Africa’s digital transformation, promoting a values-based digital transformation globally and strengthening EU engagement in international partnerships with third countries touching on technology issues.

In December 2021, a D4D Hub was announced for EU-LAC collaboration. However, there is still no overarching EU strategy for collaboration with the region, unlike in Africa, where the EU’s Comprehensive Strategy lists digital transformation as the second out of five specific priorities.

A second contrast is that the TTC and the Digital Partnerships have more explicit, often acknowledged, political purposes. None of the EU’s partnerships with the AU or LAC countries explicitly state a political raison d’être (beyond some considerations of the importance of democratic values).

The absence of a whole-of-the-EU strategy with the LAC region also reveals several shortcomings related to how the EU partners with these countries – and not only in the technology realm.

Risks of Maintaining the Current Approach

Technology has become an arena of geopolitical competition. The 2021 Foresight Report clearly acknowledges that, in the future, there will be no single player in a position to dominate all regions and policy domains. As strategic dependencies and capacities will continue emerging and evolving, it is of paramount importance for the EU to intensively engage with all partners through the lens of a coordinated technology policy.

The limited scope and non-political nature of the EU’s partnerships with LAC and African countries put the Union at risk of lagging behind in the global technology competition as well as in its very governance.

From a strategic, market perspective, the EU has a high degree of dependence on several raw materials from Latin American countries which are critical to the manufacture of important technologies, especially green tech. The EU largely depends on Chile for lithium, Brazil for niobium and Mexico for fluorspar. These are only three examples of a broad network of dependencies on third countries.

From a geostrategic, foreign policy and political perspective, the EU risks lagging behind on technology governance overall if it does not incorporate a sense of political engagement in these partnerships with the Global South, which have so far been policy-oriented. A comparative analysis sheds light on why.

An analysis of how China is partnering with Sub-Saharan African countries on technology policy shows a coordinated approach oriented to political engagement. China’s National Development and Reform Commission (NDRC) is the public entity responsible for the coordination of economic structural reforms and Foreign Direct Investment into these countries, under the umbrella of China’s Digital Silk Road. Under this umbrella, Chinese partnerships in data centres and smart cities in Africa are growing ceaselessly. The Chinese NDRC is a ministerial-level department and part of the Chinese State Council, which means digital partnerships with third countries are seen as a first-order priority and as a high-level political issue.

By contrast, the EU’s partnerships with both LAC and African countries are often supported by Directorate-Generals. This governance model is highly valuable due to the policy work which is successfully carried out. However, this policy-oriented push needs to be complemented by the work which can be done at the highest spheres of political decision-making in the EU. For example, while the TTC high-level meetings are being held by Commissioners, meetings on tech partnerships with the AU or Latin American countries are often attended by policymakers, with some exceptions or special events. There is a need to have representatives from both sides – policy coordination and political guidance – at the table.

Need for a Mindset Change

For the EU to be a proactive actor in the global tech arena, in terms of governance, competition or both, the Union needs to shift its approach to partnering with LAC and African countries. It is not just about the risks of not doing so. It is also about the benefits the EU could take advantage of by more fully engaging on this issue.

The deployment of European technologies helps the EU boost its internal market and industries in other markets. However, it also guarantees that EU’s vision on technology security issues becomes more widely disseminated. To give an example, the EU has the greatest number of seats in international standard-setting bodies. Agencies from EU member states hold 369 Secretariat positions at the International Standardisation Organisation (ISO) and 111 positions at the International Electrotechnical Commission (IEC); the US has 104 at ISO and 26 at IEC. Most Global South countries are full ISO members; some of them have no national standards body (called “correspondent members”) and may participate in assembly meetings but do not have voting rights. The African correspondent members are Angola, Chad, Eritrea, Madagascar, Mali, Mozambique, Niger, Sierra Leone and Zambia. If either international standardisation body, ISO or IEC, approves a European standards proposal (from any of the three European standards committees: CEN, CENELEC or ETSI), this European standard will become an Essential Standard Patent globally, which means that the rest of the world will need to accept it as the standard rule. This ensures other countries will integrate the EU’s values-based democratic approach to the manufacturing of technologies, many of which are critical to the sustainability of democracy and the trust of citizens. How information flows through cloud infrastructure, for example, affects the degree of protection afforded to citizens’ personal data. To give another example, data protection, in turn, can impact journalists’ and protesters’ freedom of expression online.

Additionally, forming sound partnerships with Global South countries can help them advance their demands with international organisations by adding a more trusted, joined-up voice. To give an example, the International Telecommunications Union is becoming an area of power competition. Two candidates have been proposed to lead this UN agency by the end of 2022. Whoever takes over the General Secretariat will be able to guide future guidelines on regulation of the deployment of satellite orbits or requisites to reach communities with low levels of digitalisation. To support future candidacies in other organisations, the EU should look to strengthening ties with Global South countries, of which there is a large absolute number. Two sides which feel they are robust partners; share high-end tech products, markets and security concerns; and have engaged in high-level political agreements can work together when addressing issues at the international organisation level, making them much more likely to succeed in getting topics important to them included on the global agenda and to subsequently find political support. Mutual trust and fluid coalition-building lead to mutually beneficial outcomes.

Next Steps to Move Forward

The European Union has a timely opportunity to strengthen its capacity to act internationally in the technological realm. It is understood that the Union needs to work on its internal coherence, develop first-mover advantages in next-generation technologies (6G, quantum, new AI developments) and better promote joint venture capital for public-private partnerships. However, this will depend upon the bloc’s ability to consolidate solid, framed, well equipped international partnerships with partner countries – both to guarantee secure, sustainable technology supply chains inwards into the EU and to project the Union’s values, products and security standards. To meet these objectives, the EU needs to invest in raising awareness of the nexus between technology and foreign policy, and to build the capacity of its diplomatic service in this domain. That also includes embedding this work in other areas such as the current work done by the Ambassador-at-Large for Connectivity. In addition, the EU should establish periodic inter-departmental meetings amongst DG TRADE, DG CONNECT, Foreign Policy Instruments and the EEAS to develop early warning mechanisms and review a common response to global events that could affect the EU’s technological needs, for instance events threatening access to raw material for technology production. 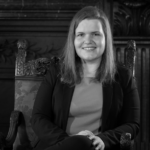 Raquel Jorge is Policy Analyst on technology and global affairs at Elcano Royal Institute. She worked as an expert consultant for the European Commission and Spain's Ministry for Foreign Affairs, at Harvard's Berkman Klein Center and has supported the Inter-American Development Bank. She is a former Fulbright Fellow in Washington DC.

Raquel Jorge is Policy Analyst on technology and global affairs at Elcano Royal Institute. She worked as an expert consultant for the European Commission and Spain's Ministry for Foreign Affairs, at Harvard's Berkman Klein Center and has supported the Inter-American Development Bank. She is a former Fulbright Fellow in Washington DC.