Rising tensions surrounding Taiwan in the wake of Nancy Pelosi’s visit have illuminated the island’s critical role in the global economy, thanks to its singular place in the semiconductor supply chain. Yet rather than increasing Beijing’s incentives to pull the trigger on an invasion of Taiwan, the global importance of TSMC and other Taiwanese semiconductor companies discourages it. Taiwan’s position in the semiconductor supply chain is entrenched for years to come, and armed conflict would have disastrous consequences for all sides. The world must come to terms with the global economy being hostage to a delicate political balance in the Taiwan Strait.

The media glare on Taiwan following Nancy Pelosi’s visit to the island this August has shone a spotlight on the most famous Taiwanese company that, until recently, most people had never heard of: Taiwan Semiconductor Manufacturing Company, or TSMC. This firm’s leadership in fabrication of semiconductors, the building blocks of modern electronics, makes it a global economic linchpin. The flow-on effects of disruptions to the semiconductor supply chain stemming from the COVID-19 lockdowns, which had major effects on the automotive sector and other industries, had already turned attention towards TSMC’s critical role as a global supplier.

Now the prospect of a Chinese invasion of Taiwan and takeover of TSMC has further spooked a world dependent on semiconductors. This dependence is only rising with the expansion of the ‘internet of things’, transition to electric vehicles and increasing computerisation of society. Taiwanese firms account for a large chunk of global semiconductor fabrication, and are dominant in the advanced processes required to make recent-generation computer processors and memory chips. TSMC alone accounts for over 90% of global capacity for the most advanced fabrication processes.

Taiwan’s importance is a global concern

By one estimate, a total disruption to Taiwan-based fabrication capacity over a year could result in a loss of $490 billion to electronic device makers worldwide, while replacing this capacity elsewhere would require a minimum of three years and $350 billion of investment. Meanwhile, global electronics supply chains would grind to a halt, crippling industries and markets worldwide. Ahead of Nancy Pelosi’s trip, US Commerce Secretary Gina Raimondo warned that loss of access to Taiwan’s semiconductor industry would plunge the US into ‘a deep and immediate recession’.

The rising complexity of semiconductor fabrication has whittled down the number of firms at the technology’s leading edge to just TSMC and South Korea’s Samsung. And whereas Samsung is a diversified behemoth that competes with potential customers for its fabrication capacity, TSMC is a ‘pure play’ foundry whose business is contract manufacturing. Demand for greater miniaturisation and increased computing power has made the advancing frontier of semiconductor fabrication ever more challenging, with escalating capital costs and long lead times for bringing new capacity online: TSMC’s leading-edge fabrication plant, which began construction in 2019 and cost some $20 billion, is only starting volume production in the second half of 2022. The near-term prospect for other companies to replace TSMC’s role in the semiconductor supply chain is basically non-existent.

China’s ambitions to build an advanced semiconductor industry, combined with its commitment to unification with Taiwan, have focused global attention on the implications of a Chinese takeover of the island for the world’s economic and strategic balance. But rather than incentivising Beijing to pull the trigger on an invasion plan sooner than later, the world-leading roles of TSMC and other Taiwanese firms weigh against a Chinese resort to force. This is mainly because Taiwan’s semiconductor champions are not self-contained operations but depend on exchanges with the outside world to do what they do.

One link in a global chain

As TSMC’s chairman recently put it, a Chinese invasion would render TSMC’s facilities in Taiwan ‘non-operable’. TSMC relies on inputs from and R&D partnerships with firms and research institutions abroad, almost all based in the US or in US-allied countries. The company’s industry leadership depends on continually upgrading processes and equipment in close cooperation with these partners. Faced with the COVID-19 lockdowns and closed borders, TSMC’s engineers continued real-time cooperation with counterparts overseas using augmented reality technology.

It is unlikely that this finely tuned operation could survive a Chinese invasion of Taiwan, even with minimal physical destruction or flight of skilled personnel. Chinese authorities have been watching the slow strangulation of Russia’s high-technology industries by sanctions imposed by the US-led coalition, including measures targeting semiconductors. Many of China’s own champion firms, including its semiconductor fabrication leader SMIC, are already subject to targeted US export controls. Those targeting Huawei in particular have shown the power of US ‘long arm’ jurisdiction to deter third parties like TSMC from providing critical services to sanctioned Chinese customers. With US controls targeting the semiconductor sector now being expanded in a general rather than firm-specific manner, China will struggle to obtain critical foreign inputs even under peacetime conditions.

Even with access to TSMC and other global leaders, China’s semiconductor industry faces many challenging years before it closes the technological gap with the US and its allies, if that is even possible. Meanwhile, Beijing needs advanced semiconductors to pursue its ambitions for leadership in new technologies like artificial intelligence and fifth-generation (5G) telecoms. China is also grappling with snowballing economic problems that will require years to unwind. As Huawei’s founder recently warned the company’s staff, ahead lies a painful decade in which economic survival must be prioritised.

An invasion of Taiwan would raise all these risks exponentially, creating a greater threat to the authority of the Communist Party and of Xi Jinping personally than that presented by any likely development in Taipei or Washington concerning Taiwan’s political status. Beijing has always expressed preference for non-violent unification, and there is no convincing evidence in public that it plans an invasion within any near-term timeframe. A slow escalation of measures short of war, like the continued military operations around Taiwan announced after Pelosi’s visit, much better serves Chinese goals regarding both Taiwan’s status and development of Chinese industry, in semiconductors and in all the sectors built on top of them.

Chinese officials from Xi Jinping downwards have consistently stressed the need for China to remain plugged into the global economy, even as they call for using these links to upgrade China’s own technological abilities. But that is a long-term project, which is already under pressure on multiple fronts from the growing list of US measures aimed at shutting down exchanges with Chinese industry. For instance, the newly passed US CHIPS and Science Act ties subsidies for setting up semiconductor fabrication within the US to commitments not to expand similar operations in China.

However, the Act also provides an exception for ‘legacy’ fabrication processes. This was likely intended to accommodate TSMC and Samsung, which both operate older-generation fabrication plants in China, and are both building newer-generation plants in the US. While the desirable scope of US measures aimed at China’s semiconductor industry remains in flux and contested among policy actors, it increasingly looks like it will fall short of pursuing a complete ‘decoupling’ with China.

Such an approach seems inevitable given the entrenched cross-national interdependence in the global semiconductor industry. Apart from the most advanced processes, most of the world’s new fabrication capacity is being built in China, much of it owned and operated by Taiwanese and other foreign firms. Semiconductor and electronics industry leaders worldwide, including US companies, are tied to Chinese markets and continue to expand business in China, despite all the political heat and rising risk of falling afoul of restrictive regulations in China, the US or their home jurisdictions.

As TSMC’s Chairman told CNN regarding China, ‘if they need us, that’s not a bad thing’. In the long term, however, the strategic risks implied by Beijing’s eventual goal of unification cannot be avoided. Taiwan’s outsized role in this supply chain will erode over time as the US, EU, Japan, South Korea and China itself all pursue upgrades of their domestic semiconductor industries. These efforts reflect the fact that, while they may be forced to accept the current situation for years to come, other governments cannot feel secure with such a critical link in the world economy being located on an island claimed by an ever more powerful China. The common challenge is how to manage these tensions without sabotaging the interdependence on which the modern globalised economy is built. 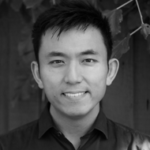 John Lee is the director of the consultancy East West Futures. He is also a researcher at the Leiden Asia Center, a consultant for the International Institute for Strategic Studies and Co-lead on the EU-China Semiconductor Observatory. John’s research focuses on China and digital technology, particularly China’s cyberspace governance regime, the semiconductor industry and future telecommunications networks. Previously he was a senior analyst at the Mercator Institute for China Studies and worked at the Australian Department of Foreign Affairs and Trade and the Department of Defence.

John Lee is the director of the consultancy East West Futures. He is also a researcher at the Leiden Asia Center, a consultant for the International Institute for Strategic Studies and Co-lead on the EU-China Semiconductor Observatory. John’s research focuses on China and digital technology, particularly China’s cyberspace governance regime, the semiconductor industry and future telecommunications networks. Previously he was a senior analyst at the Mercator Institute for China Studies and worked at the Australian Department of Foreign Affairs and Trade and the Department of Defence.