The European Union aspires to become a leader in producing, adopting and governing new digital technologies such as blockchain and Distributed Ledger technologies (DLT). One strategically important step to achieving this goal is taking a leading role in shaping the rules and standards governing these technologies. Without a strong foothold in setting standards; the EU’s role as an innovative and competitive global actor will be in danger.

Blockchain technology is rapidly becoming more popular, and is the focus of numerous new commercial, policy and research initiatives. Unlike traditional centralised systems like banks, where a central body controls all data, blockchain and Distributed Ledger Technologies (DLT) are based on distributed peer-to-peer transactions, eliminating central coordination.

Along with their unique feature of storing data in interlinked “blocks”, the decentralised nature of these technologies provides integrity, increases transparency, speeds up processes and reduces costs. Blockchain and DLT have the potential to provide more trusted services for governments, the private sector and end users, possibly changing how whole industries, such as banking, operate.

If the EU wishes to be an influential voice in the production and governance of digital technologies, it must up its game in the area of standardisation. Disruptive technologies have the potential to make a significant impact on the global market, so it is strategically important that the EU plays a leading role in shaping the rules and standards governing these technologies. The EU has the opportunity now to secure its future as an innovative and competitive global actor and ensure these new technologies are interoperable with other technologies and support the Digital Single Market.

First Steps by the EU

The EU has already taken a number of steps in this direction, and plans to publish a European Strategy on blockchain in the second half of 2020.

In 2018, the EU created the EU Blockchain Observatory and Forum to contribute to developing policy and building community. In the same year, the European Blockchain Partnership was launched – member states signed a joint declaration to cooperate in the establishment of a European Blockchain Services Infrastructure (EBSI) to facilitate the provision of cross-border public services. It has since become clear that EBSI will require new, improved technical solutions that comply with the EU legal framework and requirements governing security, interoperability, robustness and sustainability. To identify novel blockchain solutions EBSI can use, the European Commission launched a European Blockchain Pre-Commercial Procurement.

In 2019, the EU backed the creation of the International Association for Trusted Blockchain Applications to connect developers and users of DLTs with regulators and standard-setting bodies from all over the world. The EU is also supporting research and development by allocating hundreds of millions euros to blockchain-related projects by 2020, with venture capital funds providing additional funding.

Setting the Rules of the Game

When it comes to standard-setting, global players have long realised it is far better to be a rule-maker than simply a rule-taker. Standards may not always be legally binding, but they are considered obligatory if they are contained in certification documents or specifically referred to in legal acts. They are also important in the context of procurements and contracts.

The European Commission aspires to position Europe at the forefront of blockchain innovation and adoption. The Commission’s priorities include establishing globally inclusive governance, reinforcing cooperation and investments, facilitating dialogue between different actors and supporting international standard-setting. Standards impact corporate profitability and strategy as well as the ability of the EU and its member states to uphold their interests and values over the long term. Standards are particularly important in relation to new technologies which have the potential to be used for malicious purposes or as tools of power and control. For example, Artificial Intelligence technologies are ripe targets for abuse, such as unauthorised access to and alteration of datasets. Standardisation efforts are essential to reduce the potential for abuse and ensure that these new technologies remain human-centric, privacy-focused, safe and ethical. An innovative and thriving tech environment that is responsive to global demand for solutions such as scalable data and process integrity is also key.

Standardisation is a powerful and strategic tool for improving the efficiency of EU policies. Even though the Commission does not directly interfere with the standardisation conducted by industry or National Standardisation Organisations, standards play a relevant role as they impact the competitiveness of industry, the functioning of the Single Market, the progress of innovation and the protection of the environment and human health. Thus, the EU has a number of initiatives to support an effective and coherent standardisation framework.

Standards for Blockchain: State of Play

Although blockchain technology is still in its infancy, it is advancing at a rapid pace. The International Standardisation Organisation (ISO) says that operational blockchain and DLT implementations already exist at scale across all industry sectors, including financial and payment systems, border controls, Internet governance and operations, logistics, export controls, patient records and more. This rapid adoption speaks to the benefits offered by blockchain and DLT technologies.

The development of new technologies also needs to take into account ethical and possible regulatory implications. Technology that may be widely used for information sharing or identity management in the future should follow the privacy and security by design principles from the earliest stages of its development. However, while there is an overall consensus among different stakeholders that standards are important to the growth of blockchain and DLT, views differ on the specific areas for potential standardisation and the timelines for developing and implementing the standards.

So far, only a handful of existing platforms have chosen to work on standards related to blockchain and DLT. ISO/TC 307 is arguably the most relevant global platform for blockchain and DLT standardisation. Through its multiple activities and working groups, this committee develops standards to improve the security, privacy and interoperability of these technologies. ISO has adopted a standard on smart contracts in blockchain and DLT systems, and is soon to publish standards on terminology. ISO/TC 307 currently has a total of 11 standards in its pipeline covering topics such as terminology, privacy, security and governance. The committee aims to have the standards and reports available by no later than 2021, with unified vocabulary ready later in 2020.

Other global efforts to develop standards in this field include the IEEE Blockchain Working Group, which also conducts numerous other activities; the ITU Focus Group on Application of Distributed Ledger Technology, which concluded in August 2019 and published a number of reports; and the Internet of Things-focused ITU-T Study Group 20, which sometimes touches on blockchain and DLT technologies.

In the EU, the number of different bodies working on issues related to blockchain and DLT – and particularly the lack of synergy between them – has been a source of concern. To facilitate the standardisation process, clarify the EU’s position and encourage dialogue and collaboration, the CEN-CENELEC JTC 19 “Blockchain and Distributed Ledger Technologies” was established at the end of 2019. This new body will focus on specifics related to the European market and how they relate to EU Digital Single Market regulations and policies and to priority use cases. Preliminarily, it will be responsible for the development and adoption of standards for blockchain and DLT, including organisational frameworks and methodologies, processes and product evaluation schemes, DLT guidelines, distributed computing devices and data services. It will work in close contact with the ISO/TC 307. In 2018, the European Telecommunications Standards Institute (ETSI) also launched an Industry Specification Group on Permissioned Distributed Ledger but it has not yet openly published any reports or standards.

The ISO/TC 307 committee has identified the following industry-specific challenges, all of which are also relevant in the EU context:

That said, the biggest challenge to blockchain standardisation appears to be related to its premature state of development and difficulties in predicting its evolution. Different technological approaches and use case-specific deployments make it difficult to universally define blockchain and DLT, which makes the uniform application of future standards challenging. The next reasonable step may be standardisation within the most common use cases, such as self-sovereign identity, timestamping and cryptocurrencies.

Whichever blockchain solutions are developed in the coming years, interoperable protocols will be key to harmonising their application and enabling cross-industry adoption. However, premature adoption brings risks – untested technologies may earn undue validation, or solutions from influential companies may be privileged, locking out new players. Avoiding these pitfalls requires an inclusive standardisation process, involving small- and medium-sized companies as well as nation states and large vendors. Smaller actors, of course, are more limited in terms of time, capital and human resources. Current governance procedures for the development of standards may thus need to be made more inclusive, fulfilling the guiding principles of openness, transparency and consensus.

From the perspective of foreign policy and the EU’s ambitions for strategic autonomy, the EU should remain aware of related developments in other jurisdictions. Russia has shown explicit interest in global and domestic blockchain standardisation, and identifies blockchain as a key technology for its economy. China has also taken concrete steps towards standardising blockchain and DLT. Domestic standardisation initiatives are being launched and the government has shown clear support for the technology. Some commentators claim China is aiming to create its own cryptocurrency and use blockchain to gain further control over transactions taking place in its territory. Regardless, China’s influence in international standardisation processes is increasing overall, as technological innovation shifts eastwards. Alongside the expansion of China’s Belt and Road Initiative, the European Political Strategy Centre has suggested that it “will become increasingly challenging for European players to pursue their interests on the global level”.

It is increasingly clear that standardisation has moved beyond the simple provision of technological guidance. It has become a strategic competition to secure a leading role in developing and governing disruptive technologies like blockchain. Taking a stronger role in standardisation activities and focusing more rigorously on disruptive technologies like blockchain will be important to achieving the EU’s goal of strategic autonomy. 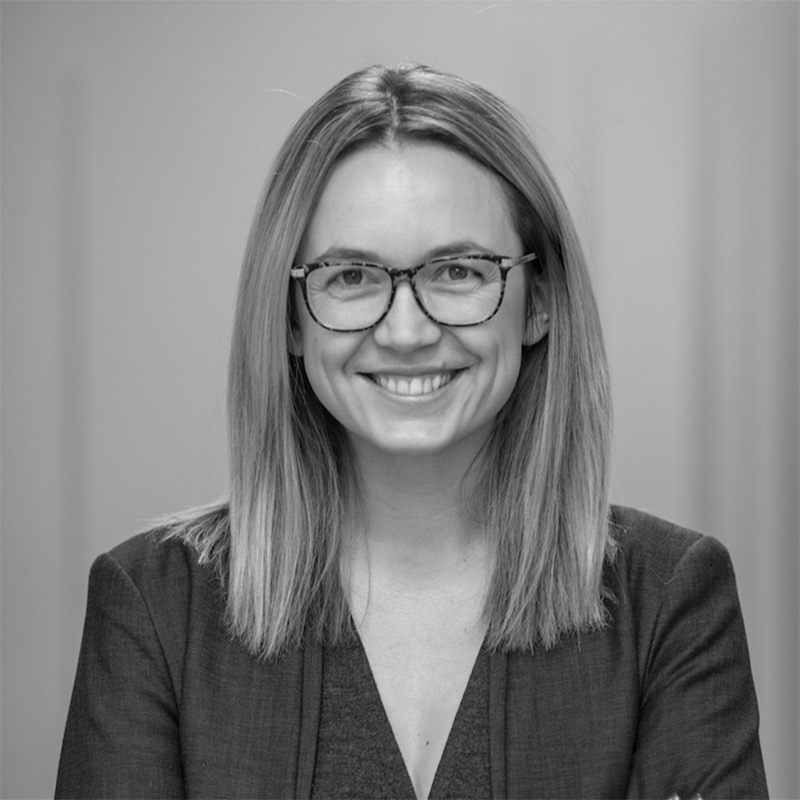 Anna-Maria Osula is a Senior Policy Officer at Guardtime, Senior Researcher at Tallinn University of Technology, Centre for Digital Forensics and Cyber Security, and a research fellow at Masaryk University.

Anna-Maria Osula is a Senior Policy Officer at Guardtime, Senior Researcher at Tallinn University of Technology, Centre for Digital Forensics and Cyber Security, and a research fellow at Masaryk University.