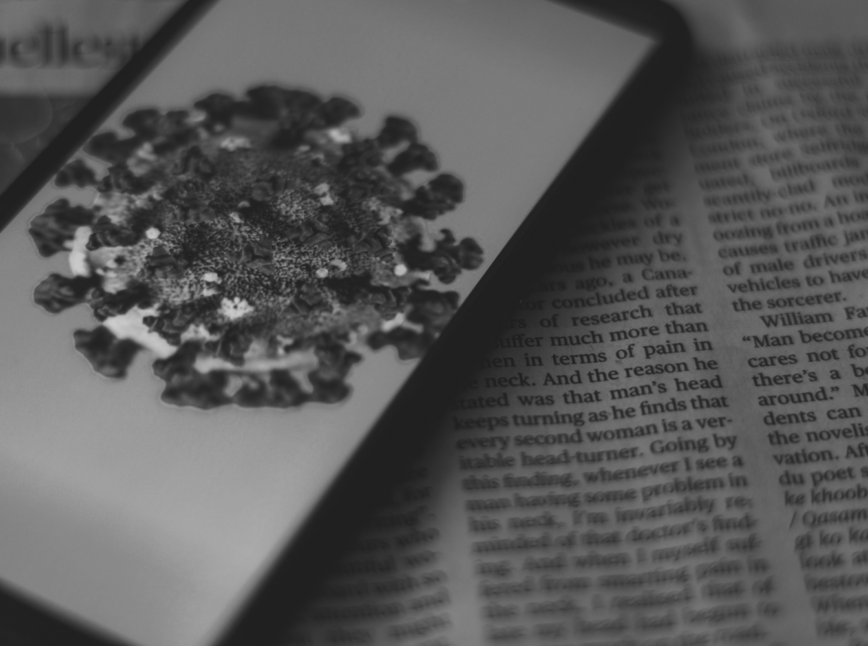 Chinese-origin disinformation and misinformation around the COVID pandemic has gained greater visibility and prominence. However, there is little evidence that these efforts have led to greater support for the Chinese line in Europe – rather the opposite. Nevertheless, European policymakers should give some thought to strengthening their own social structures, rather than just complaining about Beijing’s conduct.

One of the many repercussions of the Coronavirus crisis is significantly heightened concern about Chinese-origin online disinformation in European media and policy circles. This concern is driven in no small part by the increasing assertiveness of Chinese diplomats in shaping the narrative on the origins of the virus, as well as on the response in European countries.

In April, for instance, the Chinese embassy in Paris posted an unsigned article on its website suggesting employees in care homes had abandoned their jobs, leaving the elderly to their fate. While the ambassador was summoned by the French foreign ministry, the article was not withdrawn until the end of May. In another notable case, the EU was accused of watering down reports about Chinese disinformation on the virus, under pressure from Beijing. Perhaps most egregious was Foreign Ministry spokesperson Zhao Lijian’s use of his Twitter account to promote conspiracy theories alleging that the virus was brought to China by American military forces.

Concerns about China’s influence in Europe are not new. For years, questions have been raised about the impact of Confucius Institutes, Chinese investments in European infrastructure such as the port of Piraeus, the China-driven 17+1 initiative focusing on Central and Eastern Europe and the Belt and Road Initiative. Yet, despite all the pearl-clutching, little effort has been made in Brussels to understand the approach behind China’s influence-building efforts, how successful they have been and what response might be necessary.

A Gap in European Understanding of China’s Influence Activities

China is often named in the same breath as Russia as the source of online disinformation and influence attempts. However, even though the two countries often act in concert in global governance circles, there are major differences in their objectives and in the methods they use to attempt to sway European audiences.

Russian influence operations are only very rarely about Russia itself. More often, they seek to undermine trust in governments and democratic institutions, sow social discord and fan the flames of intensifying culture wars. China, on the other hand, is primarily seeking to build its own image. Its narrative and messaging, therefore, are nearly always about China itself, seeking to present the country as a model of competent virus-fighting, a paragon of economic development and a lodestar for global peace and harmony. Predictable party lines are trotted out on what Beijing considers its core interests, including questions related to Taiwan and Hong Kong, Falun Gong, the Uyghur and Tibetan ethnicities and specific incidents such as the Nobel Peace Prize awarded to Liu Xiaobo, who was convicted for subversion and died in prison. Similarly, its investments are aimed partially at furthering China’s economic interest and partially at persuading citizens in recipient countries of Beijing’s benevolence. In other words, what the West views as disinformation China sees as public diplomacy.

There is a fairly simple metric to assess the success of such operations: perceptions of China in foreign countries. On that metric, results are exceedingly poor for Beijing. According to recent research by Pew in 14 developed countries in Europe, North America, Oceania and East Asia, unfavourable views of China have skyrocketed in all surveyed states. In no country did more than 27% of the surveyed individuals express confidence in Xi Jinping to “do the right thing” in international affairs. Concerning China as a whole, even in countries generally seen as closer to Beijing, such as Spain and Italy, over 60% expressed unfavourable views, with this number rising to 80% in Sweden. There are bureaucratic reasons one could point to: propaganda officials and diplomats play more to their taskmasters in Beijing than to the audiences they are supposed to persuade, and there is little evidence of a learning process that could lead to improvement in tactics and content. But more importantly, even before the pandemic began, Xi Jinping’s increasingly authoritarian style, events in Xinjiang and concerns about Chinese espionage in Europe combined with ongoing distrust of the nature of China’s political system and the effects of its growth to drive European approval numbers downward. In short, many Europeans did not like China the way it was, and like what it is becoming even less.

Elsewhere in the world, the picture is somewhat more complex. The most recent readings of the Afrobarometer, which in some cases predate the COVID-19 pandemic, show a wide divergence between countries with high and low support for China. Over 80% of respondents in Cabo Verde, Guinea, Mali and Burkina Faso claim China has been a positive influence, while fewer than 45% agree in Angola, Sierra Leone and Tunisia. The average positive response rate across all polled countries is 60%, slightly lower than the 65% of the 2014/2015 iteration of the survey. Asked which country would be the best model for their own country’s development, 32% of respondents said the US, while only 23% chose China. It may be concerning to Europe that China still received twice as much support as countries’ respective former colonial powers (Britain, France or Portugal), which were chosen by only 11% of respondents.

While there are no recent numbers from Latin America, political leaders in several countries have sought to blame China for the pandemic.

Focusing on Our Own Backyard

The British economist John Kay found that companies often achieve greater profitability by pursuing it in a roundabout manner rather than directly, a phenomenon he called “obliquity”. If we borrow this in the context of responding to Chinese influence tactics, the best response would not be pressuring Beijing to change tack, but strengthening European societies and polities, as well as the integrity of the EU.

In fact, there is little need for excessive fixation on Chinese influence operations. They tend to be visible and open, and thus easily identified. Their lack of success further suggests that European citizenries are, in fact, sufficiently resilient against them. European policymakers should also keep in mind that influence campaigns can only be effective where there is something to influence: often disaffection or resentment stemming from legitimate political grievances. Focusing on the causes behind the impact of nefarious influence activities from China may achieve more than demanding that Beijing change its posture.

Some issues can be solved fairly easily. If we are worried that China is buying its way into European universities, we should better fund them. Greater scrutiny of political party funding, as well as well enforced rules governing online political advertising, would go a long way in solving many of the disinformation issues Europe currently faces, not just Chinese disinformation. National governments can beef up their security services to ensure specific potential targets of Chinese influence operations, most notably ethnic Chinese communities, are adequately protected from harassment. At the same time, governments should do their utmost to protect people of Asian ethnicity in Europe from incidents of racism as anti-China feeling increase.

There are also greater challenges, and there is a risk that an excessive focus on disinformation of the type associated with the pandemic distracts from the longer-lasting and more intractable political issues between Europe and China. On topics such as Hong Kong, Taiwan and the South China Sea, as well as the treatment of Uyghurs and Tibetans, the European perspective – based on human rights and self-determination – is diametrically opposed to Beijing’s view, in which these matters are questions of national sovereignty. While Beijing might spread factually dubious propaganda on these issues, the challenge is not that European citizens might be misled. It is that China and Europe operate within worldviews and ideologies that, on many topics, are mutually incompatible. Navigating these issues will, at the very least, require the development of new analytical frameworks that allow observers and policymakers to make sense of a reality that cannot be adequately captured by existing ideas.

The objective of such efforts would not be to excuse or justify Chinese conduct, but to assist in making a number of extremely difficult policy decisions that will become unavoidable in the near- to mid-term future. European governments must thread a nigh-impossible needle between obvious tensions and equally obvious imperatives to cooperate with China on global issues such as climate change and manage Europe’s deep economic links with the country.

As if this was not difficult enough by itself, the EU is far from a unified actor on the Chinese question. Some countries, such as Italy, have moved closer to Beijing partly because they feel ill done-by in the EU context. Others, like Germany, owe much of their economic prosperity to exports to China. While the actual success of the Beijing-led 17+1 initiative to engage states in Eastern and Central Europe remains to be seen, it is not unimaginable that Beijing’s charm offensive has had some effect.

Europe seems destined for a long period of deeply unsatisfactory trade-offs and compromises with China, while at the same time as making necessary but costly efforts to enhance its resilience and autonomy at home. One consolation: it will be gefundenes Fressen for historians, whose subject seems not to have ended after all. 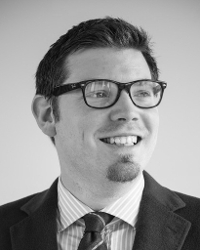 Rogier Creemers is a postdoctoral scholar in the Law and Governance of China, working for both the Van Vollenhoven Institute and the Leiden Institute for Area Studies. His main research interests are the interaction between law, governance and information technology in China, and Chinese political-legal ideology. His work has been published in, amongst others, The China Journal and the Journal of Contemporary China. He also edits China Copyright and Media, a database of translated Chinese policy and regulatory documents in his fields of interest. He has regularly contributed to reports in media such as the New York Times and the Financial Times, and has provided input into policy processes such as the Sino-EU Cyber Dialogue.

Rogier Creemers is a postdoctoral scholar in the Law and Governance of China, working for both the Van Vollenhoven Institute and the Leiden Institute for Area Studies. His main research interests are the interaction between law, governance and information technology in China, and Chinese political-legal ideology. His work has been published in, amongst others, The China Journal and the Journal of Contemporary China. He also edits China Copyright and Media, a database of translated Chinese policy and regulatory documents in his fields of interest. He has regularly contributed to reports in media such as the New York Times and the Financial Times, and has provided input into policy processes such as the Sino-EU Cyber Dialogue.