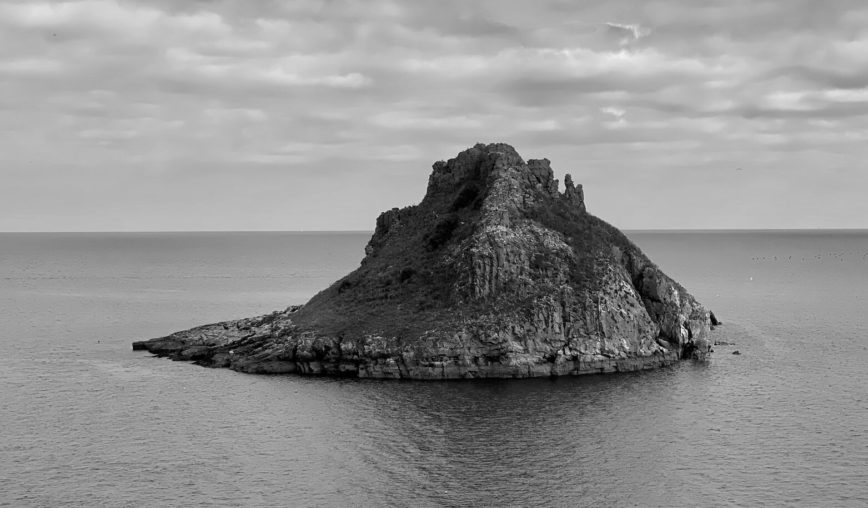 The rapid pace of global digital transformation has led to new ideas concerning the relationships between economic growth, human development, human rights and national security. The mix of these policies has resulted in many forms of techno-nationalism. Which paradigm a country chooses as dominant may determine its priorities and the future.

The US-led objections, based on national security concerns, to Huawei’s expansion and China’s technological dominance have raised alarm bells in other parts of the world, where this security-driven narrative seems like an attempt to build national security fears over innovation mercantilism. Exacerbating the issue are concerns that such protectionist policies in one part of the world might create obstacles to market access elsewhere and affect global free flows and competition. But more transparency about what governments aim to achieve with their techno-nationalist endeavours – like China’s ambitions to redirect supply chains through the “Made in China 2025” initiative – will force developing nations to confront an even more complex task: balancing the growth of their technological sectors while navigating the geopolitics of techno-nationalism and grappling with innovation mercantilism. However, a zero-sum game of techno-nationalism is not always an option for nations reaching for technological progress or aiming for modernisation.

Beginnings of Techno-nationalism in Asia

The technological ascents of Japan, South Korea and Taiwan piqued the interest of several Southeast Asian nations in building their own pathways towards knowledge-based economies (KBE). In the 1970s and 1980s, South Korea and Taiwan embraced new industrialisation models as their chances to bridge technological gaps. In the early 2000s, China began its own journey to promote “homegrown” innovation and reduce dependence on foreign technology.

The definition of techno-nationalism, a term first attributed to Robert Reich in 1987, held concern over reliance on foreign technology. The backdrop was the developments in industrial and critical technologies of the 1980s; Japan’s strategic trade and industrial policies had strengthened the country’s role in industrial value chains, particularly in the automotive and budding semiconductor industries. Japan’s ascendence was driven by financial and strategic policies structured to limit foreign participation in markets, technological achievement tied to patriotism, limited exchanges in R&D and geopolitical conditions stemming from an undervalued yen. In some interpretations, technological dominance could be converted to military power through the equipment of advanced militaries. Thus, from an economic and security perspective, the prevalence of and reliance on foreign critical technologies threatened national interests and national security.

Collaborative processes for innovation and the development of KBEs may not be devoid of politics, particularly if sharing knowledge can alter global supply chains. In the 1970s, pressures created by the rise of the yen prompted Japan’s search for new industrial bases, benefitting some Southeast Asian nations. The situation stemmed from the US response to Japan’s oligarchic industries and protectionist policies that blocked foreign participation in domestic markets. Previous US-Japanese collaborations and knowledge exchanges for low-end consumer products had ended with the US business lobby being concerned with Japan’s ability to reverse engineer and innovate technologies stemming from the Liquid Crystal Display market. At the same time, manufacturing bases in Malaysia and Thailand harboured their own ambitions of growing the KBE bases needed to kickstart innovative processes, raising their own prosperity. However, this progress has been inhibited by weak policies and infrastructure. Such KBE frameworks are dependent on the diffusion of knowledge, an economic regime that encourages creation, development of skilled human resources and ICT infrastructure.

For the ASEAN (Association of Southeast Asian Nations) countries, making the leap into the technological age requires engagement beyond building manufacturing bases. In 2017, the Asian Development Bank highlighted the ASEAN region’s need for infrastructure investment amounting to $2.8 trillion and policies to address workforce issues. Progress on these issues would not be possible without imports of critical technologies produced by foreign players, creating new types of dependencies and impacting national economic and developmental models.

As foreign policy entered the discussion about technological development, things became even more complicated. The past few years saw the rise of America’s hard approach towards China: unilateral bans and the emergence of new alliances against China on the grounds of cybersecurity or human rights. This competition for technological dominance has consequences for developing states. For example, endeavours such as the Blue Dot Network, which seeks to certify infrastructure projects, exist alongside infrastructure initiatives such as China’s Belt and Road Initiative, South Korea’s New Southern Policy and Japan’s Quality Infrastructure Projects. As developing nations need infrastructure such as 5G networks to keep abreast of the Fourth Industrial Revolution, what used to be pure development projects become strategic choices. This poses a challenge to traditional hedging strategies in the region, particularly as technological development exists alongside other development priorities.

Furthermore, developmental vacuums are not easily filled. As development agencies of partner countries offer different types of support and partnerships, ensuring their complementarity places an additional burden on developing countries. There are already examples of how this is managed in practice. Malaysia’s approach to 5G combines live trials of 5G infrastructure supported by Huawei with other partnerships for specific use cases, such as virtual reality or esports. Cybersecurity and strategic challenges are also part of the calculation. Vietnam’s pathway to developing homegrown 5G technology also includes building on indigenous capacities through exchanges with South Korea, technical trials with Ericsson and trial use of Nokia’s hardware. These approaches might stem from Vietnam’s experience with cybersecurity incidents or strategic contestations on the South China Sea.

All this implies that developing nations will have to balance techno-nationalism based on building indigenous knowledge-based industries with imports of technologies that, while expediting their digital transitions, increase dependence on foreign components. This situation will only become more extreme. The Fourth Industrial Revolution involves advanced technological developments such as automation, blockchain, big data analysis and artificial intelligence that impact society in ways that are difficult to assess and control. Examples that are already evident include vulnerabilities in important systems and communication algorithms that create echo chambers and societal fractures. The global nature of these technologies, which are spread across different jurisdictions, will further complicate efforts to regulate and investigate them and to enforce the international responsibilities of different stakeholders: governments, the private sector and the technical community.

Similar debates are taking place in Europe, where competition in data economy and innovation, collection of personal data by US-based companies, cybersecurity and data control have all become areas of concern for European digital sovereignty. The General Data Protection Regulation and increased investment in new technologies “Made in Europe” are both expressions of these concerns. Germany’s “Digital Sovereignty in a Connected Economy” Focus Group defined digital sovereignty as an expression of independence and autonomy, including a state’s capability to act and take decisions in the digital space. The focus group was formed following various international incidents involving the misuse of data, such as the United States National Security Agency’s PRISM programme, as well in the context of domestic concerns about the digital supremacy of non-EU tech companies – which also spurred the drive for “Made in Europe” platforms. In 2020, the European Parliamentary Research Service described ‘digital sovereignty’ as Europe’s ability to act independently in the digital world. Lokke Moerel and Paul Timmers anchor strategic autonomous considerations in economy, society and democracy.

Conversations on digital sovereignty in the ASEAN region are fractured around national and development priorities. While the ASEAN Data Management Framework endorsed by the first ASEAN Digital Senior Officials’ Meeting in early 2021 outlines priorities for harmonisation of data regulations and privacy practices across ASEAN, tackling other areas associated with digital sovereignty, such as gaps in competition, will rely on addressing infrastructure and human capital concerns.

While ASEAN countries progress with their digital transitions, the EU’s “third way”, grounded in a multilateral and bilateral approach to digital autonomy, might offer useful lessons for ASEAN. The approach would require building capacity with economic, security and diplomatic outcomes, particularly to mitigate instability from techno-nationalism. Practical engagements aimed at developing knowledge bases for technology and cybersecurity in the form of innovation centres could be attractive to nations desiring knowledge-based economic development while grappling with cybersecurity issues. Approaches to strengthening national security could focus on facilitating exchanges on legislation developed by the EU, building cybersecurity talent by encouraging partnerships between educational institutions and increasing exchanges on cyber forensics. Lastly, the EU could have exchanges with ASEAN on best practices and lessons learned in the process of building the digital single window as a bloc. 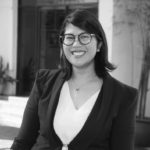 Farlina Said is an Analyst in the Foreign Policy and Security Studies programme of ISIS Malaysia. As part of the think tank she was involved in crafting various dialogues and forums on cybersecurity, cyber diplomacy and Malaysia’s possible role in these spaces.

Farlina Said is an Analyst in the Foreign Policy and Security Studies programme of ISIS Malaysia. As part of the think tank she was involved in crafting various dialogues and forums on cybersecurity, cyber diplomacy and Malaysia’s possible role in these spaces.