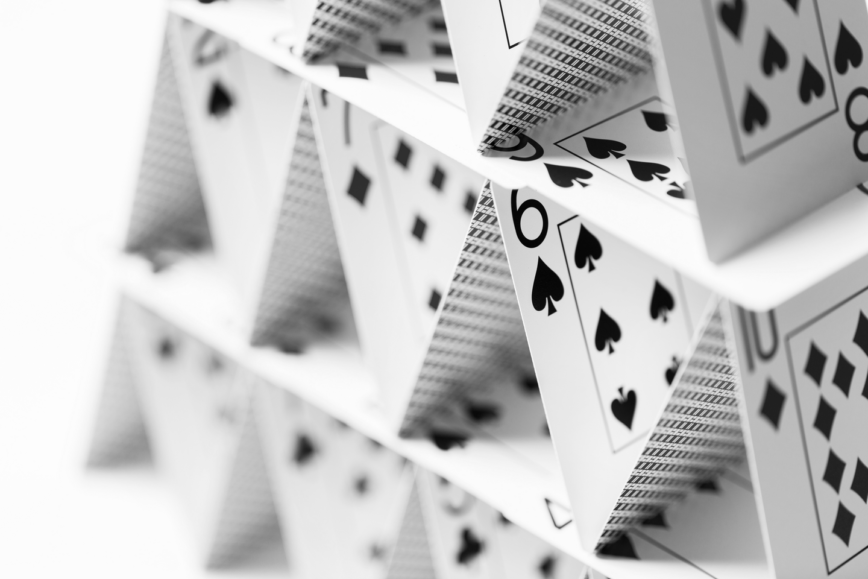 Over the past few months, the European Commission, along with European telecommunication providers, have reignited an old debate about the way traffic is meant to flow through the internet. Premised under the decade-old idea of the ‘Sending Party Network Pays’ (SPNP) model, the intention is to require content providers to pay telecom operators for the traffic they carry on their behalf. With this move, the European Commission would effectively be reinstating the termination monopoly telecom companies enjoyed in the pre-internet era. The implications of this move are both unpredictable and possibly irreversible. It raises serious concerns about competition, consumer protection, digital trade and the future of the internet in the Union.

Some technologies are monoliths; others are more complex. The internet is one of the latter. It is an ecosystem full of interdependencies in which the interests and goals of multiple actors get entangled yet do not end up compromised. This does not make the internet better than a monolith like the telephone system; it just makes it different.

The internet’s architecture and the relationships that have formed because of it allow a variety of functions to be performed and in a variety of ways. The internet’s decentralised architecture means that there is no centre of control and that, in general, the network has no chokepoints. With no single point of failure, the internet can, in theory, continue to grow constantly. Importantly, that growth can happen in rather unpredictable ways. As technology evolves, the internet’s relevance persists, which increases our dependency on it. By relaunching the discussion around the ‘fair share’ contribution by the online platforms to Europe’s largest telecom companies, the European Commission appears willing to test the limits of all this. It would not be an exaggeration to suggest that the future of the internet in Europe hangs in the balance should this plan succeed.

How does the internet work?

That the internet is a network of networks is not just a fact; it is the essence of the way networks interconnect to form the internet and the informal arrangements they make to facilitate the goal of global interconnectness. All actors, from Internet Service Providers (ISPs) to content providers and everyone and everything in between, share one common goal: the transfer and delivery of data. And, in order to facilitate that goal, they each carry their own burden in ensuring that data gets to its intended destination in the most efficient and robust way. This is how collaboration works.

For collaboration, however, to be effective, all parties must participate in good faith and play a fair game. If any one of them attempts to use the shared goal for individual gain, then the whole ecosystem may collapse. Almost ten years ago it became quite clear that for the large telecom companies the goal of interconnectedness was shared but came with requirements. The ‘Sending Party Network Pays’ (SPNP) proposal, which originally emerged as part of the European Telecommunication Network Operators (ETNO) submission to the World Conference on International Telecommunication (WCIT), was premised on the idea of telecom providers charging Over-The-Top (OTT) providers for the traffic they carry on their behalf, an idea that reflects the way the telephone system works.

In the internet, interconnection is the glue that holds it together as one global and open network. The whole process involves a set of arrangements that networks make with each other to exchange traffic. Technically, interconnection consists of a rather complex set of import and export policies defined by each individual provider. This allows a network to connect to a number of other networks and then express its preference as to which network it will use to exchange incoming data and which network will be used for outgoing data. All this is done seamlessly via the Border Gateway Protocol (BGP). Despite the inherent complexity of interconnection, this normative arrangement has supported the internet and ensured its evolution over the years.

Now, imagine if these informal arrangements acquire a more commercial character. Imagine, for example, that every time a user requests her ISP access some content from Instagram a whole process kicks in that involves lawyers, contracts and bureaucracy. Effectively, this is what changing the dynamics in interconnection will cause. A top-down, centralised and heavily administrative environment with no clear benefit to consumers. According to the European Consumers Organization, ‘the imposition of a network fees scheme could potentially lead to increased profitability for telecom operators (simply switching monopoly/oligopoly rents from one sector to another) without any guaranteed benefits pass-through to consumers by way of lowering prices or improved infrastructure’. All this flips the whole idea of the global and open internet on its head and could significantly contribute to a more fragmented internet. In practice it means that users will only be able to access services and content that have been agreed upon as part of the negotiation between content and telecom providers; the quality and use conditions of this content will also be negotiated.

Since announcing its plans for a ‘fair contribution’, the European Commission has not clarified what policy objective is driving this regulatory shift. Although the claims made by telecommunication providers point to increased costs of infrastructure and deployment, there is no demonstrable market failure nor any indication that investment in broadband and 5G networks has decreased in Europe. In fact, the Body of European Regulators for Electronic Communications (BEREC) notes that ‘from a legal and economic point of view, there needs to be a justification for any intervention in the market, given its impact on the different players. Thus, any measure would need to be thoroughly assessed including an assessment of existing measures to mitigate a problem in the market. Moreover, from an economic point of view, such measures would have to require that the market likely fails to function properly.’

Clearly, there is no legal justification here. Yet, the Commission’s plans have reopened the discussion about network neutrality, one of the most fundamental and critical principles to support an open internet. Despite telecom providers’ clear intention to detach their proposal from network neutrality and reassurances from the European Commission, the reality is that, if Europe allows the imposition of a mandatory fee, telecom companies will assume the right to block or throttle the content of those providers that turn out to be disobedient. This power is exactly what the Open Internet Regulation in 2015 sought to prohibit, ensuring users equal access to content irrespective of their internet service provider while forbidding telecom companies from imposing a termination monopoly on content. Predictability and consistency constitute core features of a healthy regulatory environment that is capable of attracting investment to meet its own targets. It is unclear why the Commission is willing to risk the predictability the Open Internet Regulation has created in Europe.

Finally, there is also the idea that the SPNP could face a legal challenge at the World Trade Organization (WTO) for potentially violating the Annex on Telecom Services and/or the e-Commerce moratorium.

If there’s one question the debate keeps coming back to, it is: who or what causes traffic? The answer is simple and is definite: it is broadband customers, not content. And consumers already pay for the traffic through their bills and other forms of taxation. It therefore becomes difficult to understand why regulators would want to change something that works. If the conversation is really about infrastructure investment and how to ensure a reliable and sustainable means of connectivity, then it should not be politically loaded and premised on old-fashioned ideas and business models. The SPNP model was an antiquated proposal 10 years ago when it was originally proposed. Today, it simply does not make any sense. It is not the model that will attract investment or create innovation. In fact, if it becomes the standard for Europe, it will drag the continent back decades.

European solutions for the internet

This year, the European Union successfully passed two landmark pieces of legislation: the Digital Services Act and the Digital Markets Act. In particular, the Digital Markets Act constitutes the first real and tangible effort to ensure an equitable and predictable competition framework in the Union. It seeks to curb the concentration of power and address the challenges economies of scale have created for the internet, the digital market and consumers. A question for the European Commission is: how sustainable is a model that is premised on big technology companies paying telecom providers? No commercial reality dictates that technology companies will stand by and continue to pay for someone else’s infrastructure, especially when they can lay down the foundations for their own infrastructure, hook up their own networks and offer their own services. In fact, they are already doing so with undersea cables. The Commission should seriously consider the possibility that once tech companies manage to get (what should be considered an unprecedented level of) access to Europe’s infrastructure, they will then take steps to start owning parts of that infrastructure.

Ultimately, this conversation is about what kind of a future the European Commission wants for the internet: one where innovators have the opportunity to participate and contribute? Or one where commercial actors determine the way that evolution happens? As Brett Frischmann has accurately argued, ‘ultimately, the outcome of any such debate may very well determine whether the Internet continues to operate as a mixed infrastructure that supports widespread user production of commercial, public, and social goods, or whether it evolves into a commercial infrastructure optimized for the production and delivery of commercial outputs’.

For Europe, this debate feels like its moment of internet truth. Unfortunately, so far, both the European Commission and telecom providers have avoided the conversation of how the SPNP model will really impact the internet. Instead, the focus has been on making the most out of anti-big tech sentiment and on piggybacking on Europe’s digital sovereignty agenda. The bigger story, however, is how all this would change the way we think about and use the internet and what we expect from it. Because Europe’s internet, similar to South Korea’s, may soon become cumbersome and expensive and where no one really wants to interconnect.

Is this the internet European users deserve?

Konstantinos Komaitis is a veteran of developing and analysing Internet policy to ensure an open and global Internet. He worked in active policy development and strategy as a Senior Director at Internet Society and as a senior lecturer at the University of Strathclyde, UK, where he was researching and teaching Internet policy. Now, he is a non-resident fellow at Tallinn Technology University.

Konstantinos Komaitis is a veteran of developing and analysing Internet policy to ensure an open and global Internet. He worked in active policy development and strategy as a Senior Director at Internet Society and as a senior lecturer at the University of Strathclyde, UK, where he was researching and teaching Internet policy. Now, he is a non-resident fellow at Tallinn Technology University.